Learn from your mistakes! 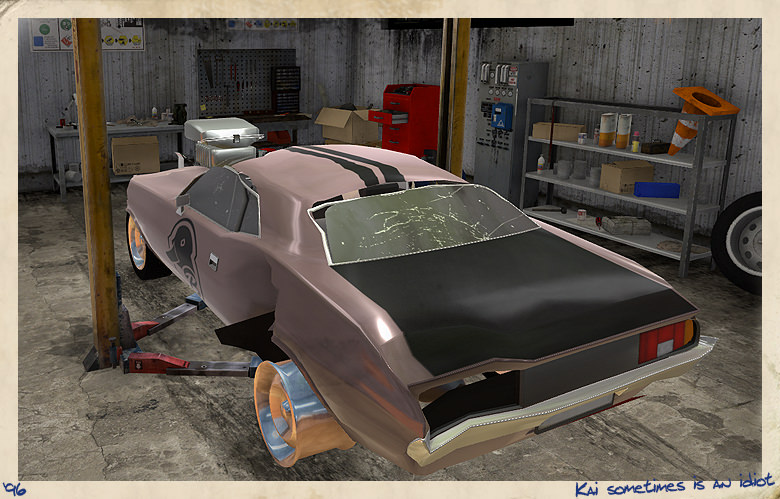 Kai's got my goat a bit over the past few days... He's one of the local mob, and a good mate, but sometimes he can be a real nong. I’d been workin' my ring out for weeks to build him a sick speedway car... and he went straight out to Gutta and pranged it... It's kind of what you'd expect from a Revhead, to just jump in and fang it for all it's worth. But really, you should get your head around how the car handles before you put it in a race. Even if you know the track inside out and back to front. Never ever sell your car short... or my skills as a mechanic, for that matter... and also make sure you don't overestimate your own ability. Kai's going to be putting in some hours in the garage over the next few weeks, 'til he's scraped together enough to bodge his Buthanbang back together. This way maybe he'll pull his head in from now on.Lesson learned. My nephew arrives next week, so it should be plain sailing from then on.